Cell-Based Meat: Opportunities And Challenges For The Future Of Clean Meat 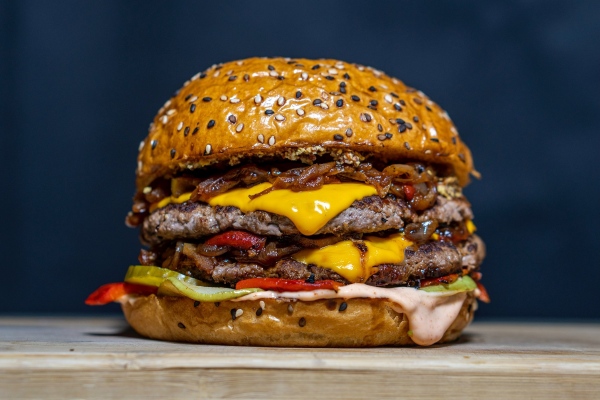 Cell-Based Meat: Opportunities And Challenges For The Future Of Clean Meat

What are the challenges and opportunities of cell-based meat in terms of production cost, consumer acceptance, and regulations? Article by Alcimed.

“Why grow the whole cow, if we can just grow a piece of steak from their stem-cells?”. That is the premise of cell-based meat. Like plant-based meat, cell-based meat aims at addressing the environmental and ethical problems of producing animal meat. While plant-based meat has been on the market for many years now, cell-based meat remains to be launched. In this article, we will discuss the challenges and opportunities of this cultured meat in terms of production cost, consumer acceptance, and regulations.

A high but declining production cost of cell-based meat

The cost of producing cell-based meat has fallen sharply in recent years. Where a cell-based meat patty would have cost US$1.2 million per pound in 2013, an early 2019 estimate by Aleph Farms is 10 000 times lower at US$100 a pound. However, that is still significantly higher than the retail price of plant-based (~US$12 per pound) or animal-based (~US$ 3 per pound) beef patties.

Most of the variable costs in producing cell-based protein come from the cell culture media, the most expensive component of it being animal serum. Animal serum provides growing cells with essential trace nutrients and growth factors. While non-animal serum replacements are available, they usually have proprietary formulations and are even more expensive. The cell-based seafood startup, Shiok Meat, reported that 90 percent of their costs are attributed to commercial serum-free cell culture media.

Looking at this, synergistic partnerships between cell-based protein and cell culture media manufacturers are an obvious strategy to lower the cost. In 2018, Merck KGaA, a major life science company, invested in Mosa Meat. In early 2020, Nutreco, a global animal feed player, also invested in Mosa Meat. As the animal feed market is more mature compared to both cell-based meat and cell-culture media production, the partnership is expected to bring global manufacturing and supply chain expertise to the table.

A recent consumer survey showed very positive results for Asian markets: 59.3 percent of consumers surveyed in China and 48.7 percent in India were “very or extremely likely” to purchase clean meat, while only 29.8 percent in the USA would. Given the substantial differences in consumer acceptance between markets, the decision on which geographic market to launch first could affect launch momentum.

Media narratives can also have an immense impact on consumer perceptions. If negative labels such as “Franken(stein)-meat” become prominent, receptiveness towards cell-based meat could decline. However, there is no industry nor regulatory consensus on the appropriate label to use. We have used the term “cell-based meat” in this article, but alternative terms such as “cultured meat”, “clean meat”, “slaughter-free meat” and “lab-grown meat” have also been proposed. Due to differences in the local cultural and linguistic contexts, a different label could be appropriate in each market.

In cultures with strict religious dietary laws, unclear or negative religious rulings on cell-based meat can be an additional barrier to acceptance. However, recent religious pronouncements on cell-based meat have been promising. In 2018, Islamic scholars in Malaysia stated that if the starter cell was obtained from a halal-slaughtered animal, and not grown in animal-derived media, the resulting cell-based meat would be considered halal (permissible under Islamic law). This could open the US$700 billion global halal meat market to cell-based meat players.

Compared to just a few years ago, the regulatory pathway for cell-based meat has been clarified in many jurisdictions. In the EU, cell-based meat will fall under the “Novel Food Regulation” passed in January 2018. Applicants will have to propose intended uses of their product and how it would be labelled and submit scientific evidence of food safety. The European Food Safety Authority (EFSA) will then assess the risk, and a decision will be made by the European Commission.

In the US, a joint announcement by the Food and Drug Administration (FDA) and Department of Agriculture (USDA) in March 2019 established the basic regulatory framework for such products. The US FDA will be in charge of regulating pre-harvest processes, while the USDA will oversee harvesting, meat processing, and labelling.

In Singapore, the Singapore Food Authority (SFA) advised in November 2019 that cell-based meat will be regulated as a “novel food”. Applicants are encouraged to consult SFA early while still in product development, to better align on regulatory requirements. Upon submitting details on the manufacturing process and food safety testing results, a review process lasting between three to six months is to be expected.