The Voss mineral water comes from a remote area in the wilds of Norway—and is one of the fastest-growing premium water brands, with double-figure annual growth rates. Voss originally flourished with the glass bottle. Now, the water is conquering the markets in PET bottles as well. For this purpose, the firm commissioned a new higher-performance PET line from Krones. Every workday, towards 11:00 a.m., a train with more than 20 sea containers full of bottled water leaves the premises of Voss. It’s 45 kilometres from the small village of Vatnestrøm in the south of Norway to the nearest port in Kristiansand. There begins the containers’ long journey over the world’s oceans because the Norwegian water’s actual home market is the USA.

In 1998, two Norwegian school-friends Ole Christian Sandberg and Christopher Harlem from the Berkeley University in California, envisioned the idea of offering mineral water from the untouched nature of their homeland Norway on the American market as a premium product in an extravagant bottle. Their vision: “We’re going to create the world’s most coveted mineral water.”

For this plan, they brought on board the designer Neil Kraft, who contributed the minimalistic-cylindrical glass bottle, destined to become an iconic symbol of good taste. What’s more, they had a market analysis drawn up beforehand, which arrived at an unequivocal verdict: for a water that they would have to ship half-way round the world, it only makes sense to offer it in the highest price segment. Likewise, also crucial for a good marketing concept: a suitable name. This the two friends created by placing a finger on the map of Norway: Voss, the name of a small town in the middle of the country, was deemed appropriate, because it’s short and easy to remember, but also sounded Norwegian. Now, all they needed was the right water.

Ole Christian Sandberg and Christopher Harlem found it in Vatnestrøm near Iveland. Here, in 2000, they bought a small bottling plant. The water from this spring scores highly in terms of its unusually low content of organic and inorganic constituents (total dissolved solids/TDS), so it’s particularly pure.

Roy Kristensen, nowadays responsible for the spring and the laboratory, was Number Three in the team, and thus involved right from the start. “In the first year, we filled just 500,000 glass bottles on a small 35-year-old line,” he recalls. “With the right people on the sales team, growth began to soar in the USA as from 2002.”

Back then, for example, there was a claim circulating in the media that the singer Madonna never checked into a hotel that wasn’t offering Voss. The brand was gradually evolving into an iconic water.

At the same time, the company began to bottle Voss in PET containers as well, so as to improve its capacity to meet the demand for the on-the-go markets. “As with the glass bottles, we also printed on the PET containers ourselves for three years with a screen-printing machine, although the machinery manufacturer concerned basically thought it was impossible,” recalls Roy Kristensen. This is a concept that paid off, because only three years later, total sales had already reached 25 million fills. Then came 2008: “The worldwide financial crisis hit the firm hard. We lost almost half our sales,” he relates. But this low was swiftly overcome. In 2011, an American investment company acquired a stake and in 2016 the Chinese Reignwood Group took over a majority holding. Today, turnover is running at 77 million bottles a year, with annual growth of around 15 percent.

The brand received another boost in 2016 with the market launch of three flavoured water varieties: lime/mint, tangerine/lemongrass and lemon/cucumber, which, without any added sugar or artificial sweeteners, are filled in a 375-millilitre glass bottle.

“In the USA, particularly, these waters are very popular,” explains Olaf Grimsmo, who is simultaneously Plant Manager, Operations Manager and Technical Manager. Today, Voss packages its water in roughly equal proportions, both in PET and glass bottles. The latter come in two sizes, 375 and 800 millilitres, which are filled with still and carbonated water, plus flavoured water. For this purpose, the firm uses a line rated at 25,000 bottles per hour, which is run in three shifts. One special feature is that the glass bottles are decorated using two screen printing machines.

The line is composed of various pre-owned machines from different vendors chosen by the company itself. In order to modernise it gradually, in early 2018 Voss had Krones install both a Linatronic empty-bottle inspector and an Autocol labeller for dressing the flavoured-water containers in pressure-sensitive labels.

“To fill the glass bottles, we want to operate with high-quality, efficient machines, which is why here as well we opted for Krones,” says Grimsmo.

Voss offers water in three sizes of PET containers: 330, 500 and 850 millilitres. Absolutely the most popular container size is the 500-millilitre bottle. Because the existing PET line, rated at a mere 12,000 containers per hour, was no longer able to meet the demand, Voss replaced it in 2016 by a new complete line from Krones with a capacity of 40,800 containers per hour. This line is used exclusively for bottling still water at present—with an option for filling carbonated beverages later—which is why a Contiflow mixer has already been installed. This would be conditional, however, upon a newly designed neck finish, suitable for bottling carbonated beverages.

“The major challenge involved in bottling is the closure. From a marketing point of view, of course, it complements the bottle ideally, but technically, it’s difficult to handle, because it’s very smooth and slippery,” says Torfinn Mykjaaland, PET Production Manager. “We have to generate sufficient traction on the closure, and that functions well with the capper Krones chose.”

In order to maximise flexibility in terms of packaging and enable Voss to meet the most disparate market requirements, a multipacker has been installed in addition to the Variopac Pro WTS. This multipacker creates four- or six-packs, which in turn the Variopac Pro WTS makes into 24-bottle packs on trays or shrinkpacks. And it places individual bottles in wrap-around cartons.

“We wanted top-class technology, and that’s what we got from Krones,” explains Plant Manager Olaf Grimsmo. “We run the line in two shifts, so we also have capacities for a possible third shift.” And this option is valuable, since Voss aims to progress its vigorous growth in the future as well. 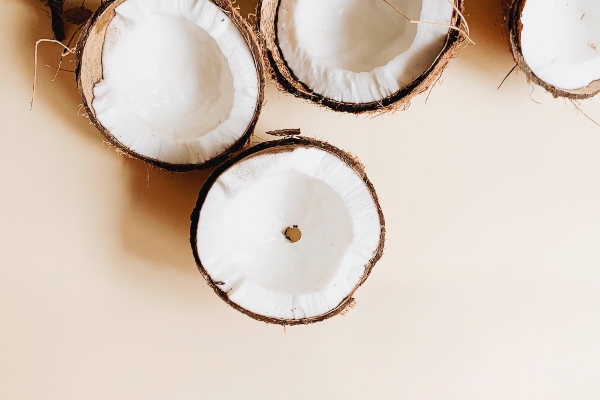 Examining The Shift Away From Plastics Mastering The Art Of Suspension & Stabilisation