The end-consumer preferences towards natural and safe ingredients and “clean-label” solutions are driving the adoption of natural alternatives.

The growing consumer trend for naturally derived products and raw materials, coupled with concerns about health due to consumption of artificial sweeteners, has led to an increased interest in sugar substitutes and alternatives. The clean-label trend is also being actively pursued by ingredient manufacturers and product developers alike. The “clean-label” tag helps in gaining consumer confidence and creating a perception of health and wellness in various food and beverage products. The use of sweeteners for natural sources is amongst the top priorities.

The use of natural sweeteners can potentially overcome the possible adverse effects of artificial sweeteners and sugar. The technology itself can be considered as in emerging stages mainly due to the challenges associated with lingering aftertaste, ability to mimic the taste of sugar and scaling. Efforts to overcome these challenges and development of natural sweeteners with added benefits are of high R&D focus. Ingredient suppliers and product developers are also looking into improving the cost-benefit ratio and hasten time to market and wide scale adoption. 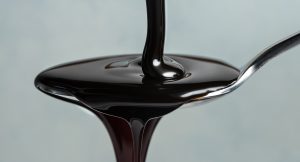 The end-consumer preferences towards natural and safe ingredients and “clean-label” solutions are driving the adoption of natural alternatives. The last few decades was dominated by the trend of replacing slow-release carbohydrate products with highly processed refined sugars. It has resulted in an increased consumption of saccharose and fructose in beverages as well as confectionery products. Saccharose is typically characterised by fast absorption of glucose in blood and hence, an excessive consumption leads to overconsumption of energy. These energy dense foods reduce the health quality of the diet and also increase the risk factor for several diseases. Increased awareness and growing health related concerns among consumers such as obesity, metabolic syndrome and diabetes, has resulted in heightened interest in foods with reduced sugar or lower calorie alternative sweeteners.

Regulatory pressures across the globe are also driving R&D efforts in the industry. There is an extensive focus on the use of raw materials and extraction processes to circumvent the sugar tax imposed by governments such as that of UK, France and certain cities in USA. This has resulted in development of novel raw materials and also development of new extraction and processing technologies that can be retrofitted into existing production lines.

Companies are also focusing on the development of plant and microbial strains that can result in higher yields. Developing natural sweeteners that are viable alternatives to aspartame and other artificial sugar substitutes with similar taste profile is increasing due to the regulations in countries such as Australia and Japan that focus on all-natural products—from raw materials, extraction and processing and final product stages. The purity and safety of these sweeteners provide a notable competitive advantage to the manufacturers while opening up new perspectives for natural formulation.

Plant-based extracts such as stevia and monk fruit are predominant than other sources derived from microbes and algae. The natural sweeteners are extracted from various parts of plants under controlled environments. An all-natural extraction process generally uses water with no addition of chemicals or solvents. Biosynthesis of sweetener compounds is also being investigated by using microbial strains for more effectiveness and less waste. Clean-label products have gained a lot of attention in the last three years. With rising governmental concerns about public health and consumers’ readiness to pay a premium for naturally-derived and organic products, the focus on the development and launch of “natural and clean-label” products is on the rise. With governments taking steps to overcome public health issues, product developers are focusing on “Clean-Label” ingredients. Advances in extraction and processing technologies, use of alternative raw material sources apart from plant-based sources, development of stabilisation techniques are expected to overcome challenges to help position natural plant-based sweeteners as a viable cost-effective alternative to synthetic sweeteners and sugar.

The industry is also characterised by participants across the globe. Developments in technology and product adoption is spread across different countries with manufacturers aiming for integration of value chain to establish continuous uninterrupted access to raw materials. Collaborative developmental efforts between ingredient suppliers (sweetener manufacturers) and product developers are playing a vital role in introducing new sweetening agents and compositions, especially in the F&B and nutraceutical industries.

Alternative Natural Sweeteners—What Are They?

These are sugar substitutes that are obtained naturally with no synthesis or artificial production processes involved. These are derived through extraction processes from fruits, roots, leaves and other parts of plants. They are also often known as natural zero calorie sweeteners that provide sugar like taste while contributing to lower calories than sugar with possible other health benefits such as enhancing digestibility. Various natural sweeteners are currently being tested for approval by the US FDA (Food and Drug Administration) for use in food and beverages, nutraceuticals and also pharmaceuticals.

Research studies have showcased that natural sweeteners such as blackstrap molasses, monk fruit and agave nectar boost antioxidant activity with continued use. Alternative natural sweeteners exhibit high sweetening intensity and require less processing compared to artificial sweeteners. Natural ones don’t result in an immediate rise of blood sugar levels upon consumption as compared to their artificial counterparts. Other potential advantages being discussed are increased fibre content, lower calorific value, and being non-carcinogenic.

Key Developments In The Natural Industry 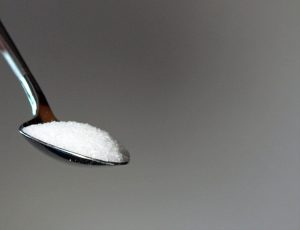 Most of the developments in the industry are being driven by the changes in labelling for added sugars and breakthroughs in ingredient and processing technology. These developments have brought a number of new sweeteners and custom high intensity as well as low intensity sweeteners into the market.

Stevia—The high-purity stevia leaf extract is used to reduce added sugar content in food and beverages. The extract consists of a minimum of 95 percent steviol glycosides with a purity range of 90 to 99 percent, depending on different purification processes. It is one of the few natural sweeteners that is approved by most food authorities and has been widely used by food & beverage manufacturers. Stevia is considered 200 times sweeter than sugar when used in the same concentration while having zero calories/gram.

Monk Fruit—It is commonly known as Luo Han Gou and is usually available in pure liquid concentrate form. It can be mixed with a bulking agent and used as a table-top sweetener as well. It has a longer shelf-life and is suitable for cooking and baking. It mixes well with other sweeteners such as stevia and erythritol, thus producing a synergistic effect and helps in masking unwanted aftertastes. It is considered to be 300 times sweeter than sugar, with a low glycaemic index and minimal calories.

Monatin—Monatin is commonly known as arruva and its taste profile is similar to that of aspartame and sucralose. It has the potential to be used as a sugar substitute in food and beverages and in pharmaceuticals. Monatin is up to 3000 times sweeter than sugar and contains less energy and minimal calories, with superior taste to stevia and monk fruit. The focus is on developing a commercially feasible processes to cultivate, extract and separate the sweetener molecule from the root. The key challenge is devising an extraction process that can help manufacture monatin in industrial scale quantities.

Allulose—A key growing product in the low intensity category, allulose provides volume like sucrose, as opposed to stevia or monk fruit, and does not have to be listed on a label as sugar since it is not effectively metabolised by the digestive system. Companies in the industry have recently become excited about this alternative after FDA released draft guidance in April 2019 exempting allulose from designation as part of total sugar and added sugar on the Nutrition Facts Panel. The success of allulose will comes from its flexibility in applications ranging from confectionary, baking, as well as beverages. Commercially produced allulose is derived from corn but it can also be derived from wheat. Allulose is around 70 percent as sweet as sucrose, and its flavour profile is highly similar to fructose.

Erythritol—The current main low intensity sweetener is 70 percent as sweet as sucrose and has negligible calories. However, erythritol (unlike allulose) can be a source of gastrointestinal distress. Erythritol is typically used in baking mixes and baked goods for its ability to brown like sugar.

What Do Companies Need To Focus On?

Developments in extraction and purification technologies are mainly targeted towards stevia and monk fruit extracts but need to be widened to include low intensity sweeteners such as allulose as well. Developments have to focus on increasing the yield of the sweetening agents and also their purity levels. Companies are focusing on the development and use of all-natural extraction processes without use of solvents to gain regulatory approvals.

Advances in purification technologies will help in increasing the purity level and sweetener profile. Process improvements related to minimised/no use of solvents, control of extraction techniques, changes in cultivation of plants (esp. stevia) and harvesting techniques will increase the flavour profile and improve yield. These improvements will also help in increasing stability, enhancing sweetness profiles, reducing after-taste, as well as mimicking the taste of sugar as closely as possible while extending the application prospects of sweeteners apart from the F&B industry.

The use of alternate sources of raw materials to develop new formulations, such as bacteria and algae, are gaining focus. However, a key challenge is that these sources might not fit into the “all-natural” label and can face challenges of getting regulatory approval.

Obsolescence Management For Food And Beverage

Improving Access To Healthier Food For Children: A Balance Between Nutrition, Clean-Label & Engagement